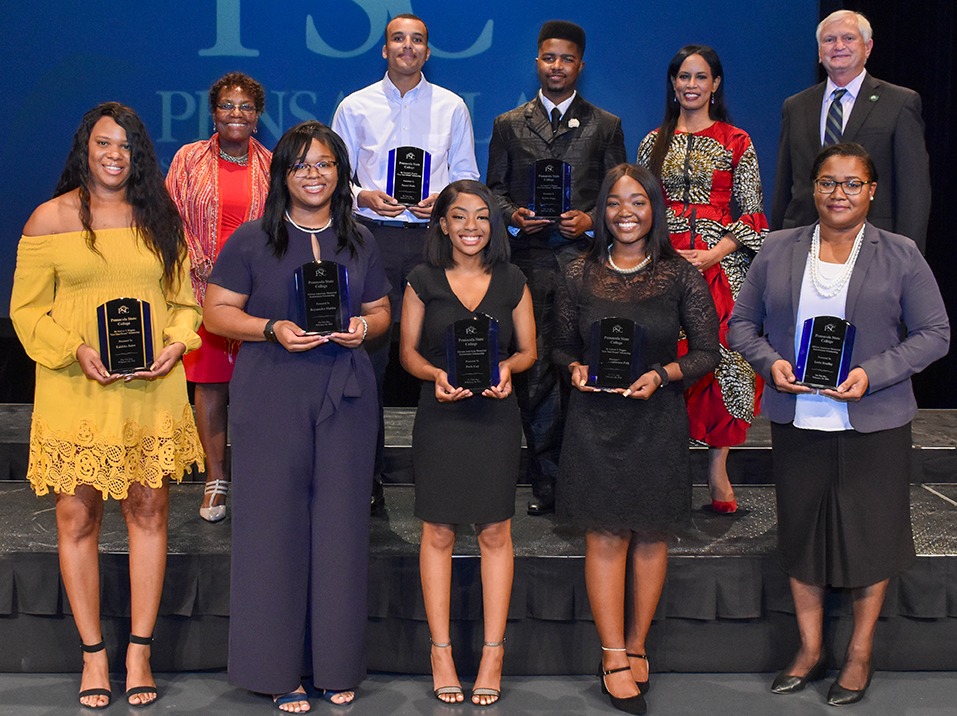 In 2022, that number has more than doubled. And it’s all because of generous donors.

On March 4, the scholarship winners will be recognized at a special ceremony in the Jean and Paul Amos Performance Studio at WSRE-TV.

The scholarships are usually awarded at an annual banquet, but for the second year the banquet has been canceled because of COVID-19. Due to COVID-19, the College launched a “100 for 100” campaign to make up funds that would normally be raised during the awards banquet, and that campaign continues this year. Volunteers set a goal for 100 people to donate $100 each – a $10,000 goal that was surpassed.

At the ceremony, scholarship recipients will have their photos taken with PSC President Ed Meadows, and the students will receive awards sponsored by Favor Flavor Seafood of Pensacola. Darrell Nelson, one of the restaurant owners, is a PSC alumnus.

The ceremony is not open to the general public. Afterward, there will be a taping of a one-hour “Pensacola State Today” episode that will honor the recipients and which will air later on WSRE.

“We’re excited because we more than doubled the number of students who received scholarships,” Leary said. “Our volunteers and our donors really stepped up.”

Last year, $15,865 was raised to fund this year’s scholarships, including $3,000 that was raised after “Pensacola State Today” featured an episode on the scholarships and the recipients.

Wiggins was the president of the all-black Booker T. Washington Junior College when it merged with then-Pensacola Junior College in 1965. Wiggins then served as the PJC Director of Research until his retirement in 1969. The Dr. Garrett T. Wiggins “Live Your Dream” Scholarship was established in 2005.

The African American Memorial Endowed Scholarship started more than 20 years ago to honor Dr. Ellen Lett, a beloved English instructor at Pensacola Junior College. A scholarship was created in her name, and later the scholarship vision was expanded, and the name changed, to pay tribute to deceased African American employees at the College.

The recipients of the African American Memorial Endowed Scholarship for Fall/Spring 2021-2022 are:

The recipients of the Dr. Garrett T. Wiggins “Live Your Dream” Scholarship are: