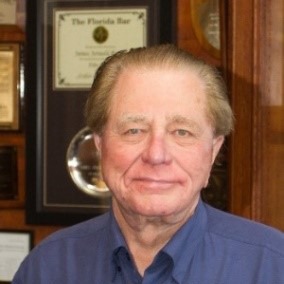 Jim Reeves is a Pensacola real estate attorney, developer and former politician who served in the Florida House of Representatives from 1966 to 1972 and on the Pensacola City Council from 1977 to 1983. He has been a principal in a number of high-profile real estate ventures, including Aragon and Hawkshaw Village. His community involvement is broad and as the Irish Politicians Club founder, he has been instrumental in the success of many generations of Pensacola leaders. He is recognized as a catalyst for change. Mr. Reeves was selected for the top spot in the 2018 Power List, just one more accolade in the litany of honors that tell a story of his influence. Pensacola State College has been the recipient of Reeves time and considerable influence. Most recently, Reeves was responsible for the establishment of the Molly McGuire endowment that supports student scholarships for those attending the college’s culinary institute. Annually, Reeves uses his influence to ask members of the IPC to donate $100 to grow this fund. In addition to the time Reeves dedicates to the college, he is also active on the boards of the Institute for Human and Machine Cognition, Pensacola Cultural Center, Pensacola Jaycees, Gulf Breeze Rotary, and the Downtown Improvement Board. He serves as a trustee for the Gonzalez United Methodist Church and the Community Maritime Park Associates. In most roles, Reeves has served as chairman or president of the organization for which he volunteers his time.