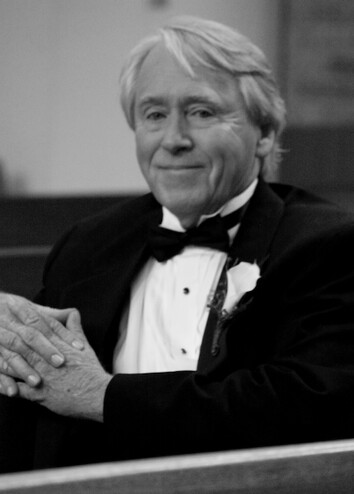 Larry Bracken advocated for Pensacola State College and Pensacola Junior College at the highest levels. He pushed and promoted the institution’s interests at the local, state and federal levels as the Executive Director of Government Relations.

Bracken passed away peacefully at his home on Sunday, July 3. He was 78 years old.

An Arkansas native, Bracken was active not only at PSC, but in the Pensacola community. He was known as a volunteer, organizer and leader who was involved in numerous organizations including the Sacred Heart Hospital Foundation Board of Governors, the Florida Chapter of the American Arthritis Foundation, the Pensacola Area Chamber of Commerce and the Florida Community College Lobbyists.

His first position at then-Pensacola Junior College came in 1983 when Bracken was named Director of College Advancement.

His family has established the Larry Bracken Endowed Scholarship for Journalism at PSC.

“As our legislative lobbyist, Larry worked hard to help secure the funding for the South Santa Rosa Center,’’ said PSC President Ed Meadows. “He introduced me to key people in our community and in Tallahassee. He was a valuable member of our College’s leadership team. Larry had an excellent recollection of the history of PJC from a leadership perspective and delighted in presenting the history of the community college movement to our President’s Leadership Institute participants. Larry Bracken was dedicated to the College and had a real heart for the work he did to make a positive difference in the lives of our students and our employees.”

Bracken loved music and enjoyed playing the banjo and in early adulthood even played Folk music on the hotel circuit.

Larry was gifted in many ways,’’ Meadows said. “He was a fine musician and an excellent writer with a quick wit and humorous style.”

Bracken volunteered in the Peace Corps for four years in the 1960s and was stationed in various islands across the South Pacific. For two years, he coordinated support for dozens of elementary schools across 23 islands.

He attended Harvard University at one point, then went on to Arkansas Tech University where he earned a Bachelor of Arts in Philosophy. He earned his Master of Arts in Journalism from the University of Arkansas at Little Rock.

Bracken is survived by his wife, Diane Bracken, who is Director of Facilities at PSC as well as his daughter, son, stepson, grandchildren, siblings and many other friends and family members.

The family plans a private service. In lieu of flowers or gifts, donations can be made to the Larry Bracken Endowed Scholarship for Journalism. For more details, visit https://foundation.pensacolastate.edu/online-giving/ .