A #PiratesPayItForward Story: Charlie Switzer calls it ‘Giving Back,’ but it’s a family tradition 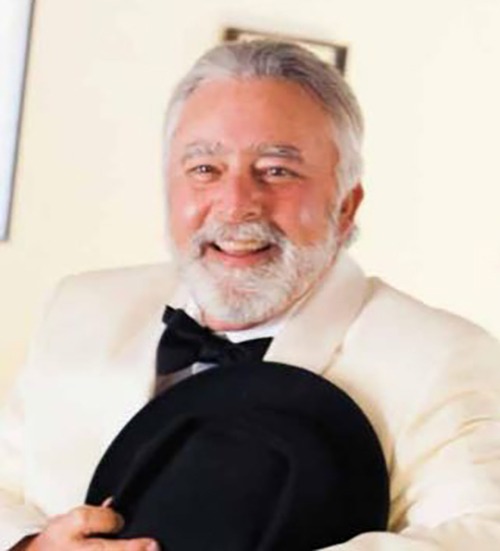 It was 1978 and Charlie Switzer had just returned to Pensacola after his last tour of service in the Navy, an eight-year commitment. He joined his wife, Fran, who was just completing her Navy career at NAS Pensacola. The couple had a young son, Jason, and knew it was time to build the foundation for their future.

Fran already had begun taking classes at what was then Pensacola Junior College. Charlie knew he should follow suit, but he had cold feet, mainly because the first time he attended the school, right out of high school, things didn’t quite go so well. There were those … well, Fs he earned from the fact that he didn’t quite go to class when he was supposed to. 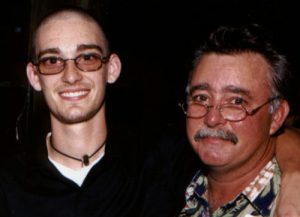 Charlie and Fran Switzer have invested their gifts of time and treasure in supporting the College. Their son, Jason, pictured here with Charlie, also is a graduate of PSC.

Upon his second visit, however, Switzer found that the College bore no grudge.

“The marvelous thing for me was that PSC embraced veterans,” Switzer says. “I got college credits for my hours in Navy schools, and I benefited from a grade forgiveness program that kept my first attempt at college from hurting my grade point average.

“That wonderful gesture allowed me to go to class with the confidence that I could succeed. It was amazing what that attitude allowed me to accomplish. Fran and I both graduated from PSC and then the University of West Florida. PSC’s atmosphere was very supportive of a young veteran’s family.”

Switzer put his economics degree to work at Shell Oil Company and the Lamar Corporation. In the meantime his brother John and his son Jason also attended the College. Through the years, the Switzers continued their connection and support of Pensacola State.

“They will bend over backwards to make sure you’re successful,” Switzer says of PSC. “If I’d have had a negative experience it might have changed everything, but I had an incredibly positive experience.”

Among the things that made the experience so positive, he says, were the affordability, smaller class sizes, excellent instructors and a caring atmosphere.

His way of paying it forward included more than 20 years on various PSC boards, including the Foundation, Alumni Association and various fundraising committees.

“Giving back has been a tradition in our family,” Switzer says. This tradition has extended to several large monetary donations to Pensacola State to support expansion of the Anna Lamar Switzer Center for Visual Arts at PSC.

“All the tools are there at PSC to guarantee you become a success,” Switzer says.

Are you a Proud Pirate who also wants to Pay It Forward? Click here.

The Anna Lamar Switzer Center for the Visual Arts was funded by the Lamar, Switzer and O’Reilly families with the most recent addition of the facility opening with the dedication of the Charles W. Lamar Studio in February of 2018.