Commander Robert Brooks, presents PSC with a gift of $13,334 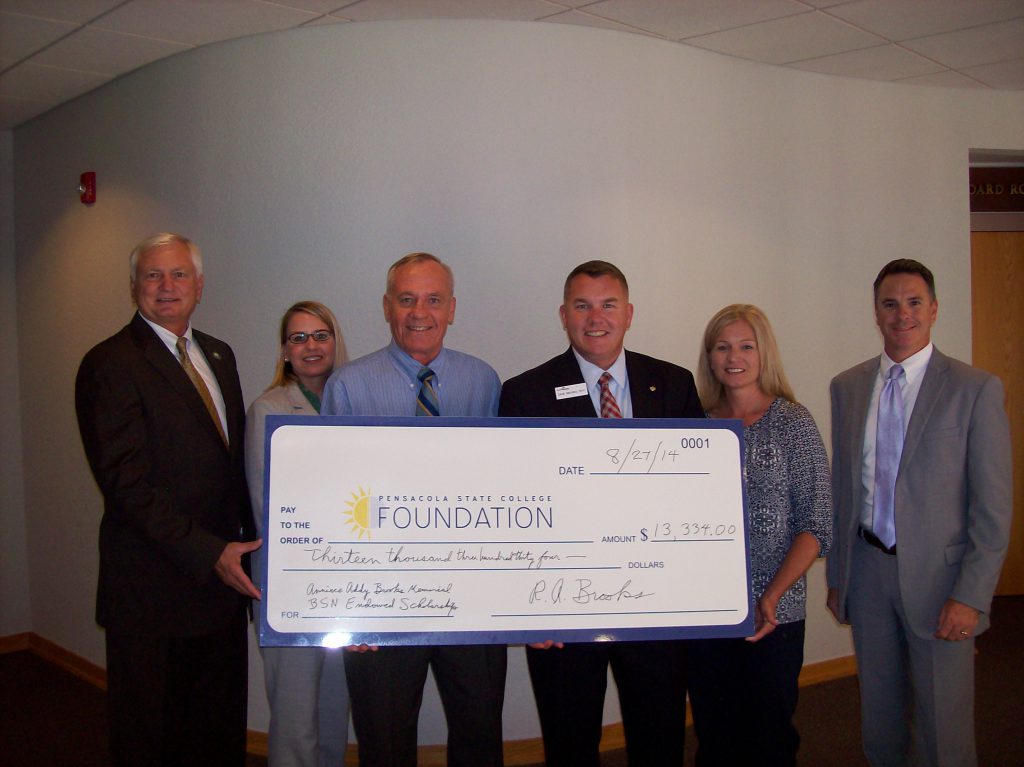 Commander Robert Brooks, presented Pensacola State College with a gift of $13,334 to create the Anniece Addy Brooks Memorial Endowed Scholarship in honor of his late wife. The endowment comes after many years of contributing annually to scholarships supporting nursing students. After years spent raising her family, Anniece Brooks decided to trade in her RN for a BSN degree and began courses and PSC and UWF. Sadly, while in her final semester, she was diagnosed with lung cancer and passed away in 1990 at the age of 43.

In her memory, the Anniece Addy Brooks Memorial Endowed Scholarship will be awarded to a registered nurse seeking a BSN degree at PSC.