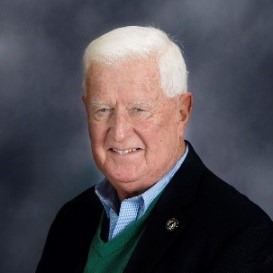 Gordon Sprague was born and raised on a family farm in Vermont. He served four years in the US Air Force and after attending college he worked for the Parks and Recreation Department in several southern cities. He then served as Assistant to the President for Fogelman Properties and as a Mutual Fund Money Manager for AIM in Houston. In his “retirement” he became a NASCAR racecar driver, competing on several circuits and became a collector of antique cars, operating a museum in his home in Gulf Breeze, FL. He has advised presidents of several colleges to include Florida State University, University of West Florida, and Vermont Technical College. He is known as a motivational speaker, entrepreneur, businessman, philanthropist, and farmer. Married 55 years, two children, and four grandsons.