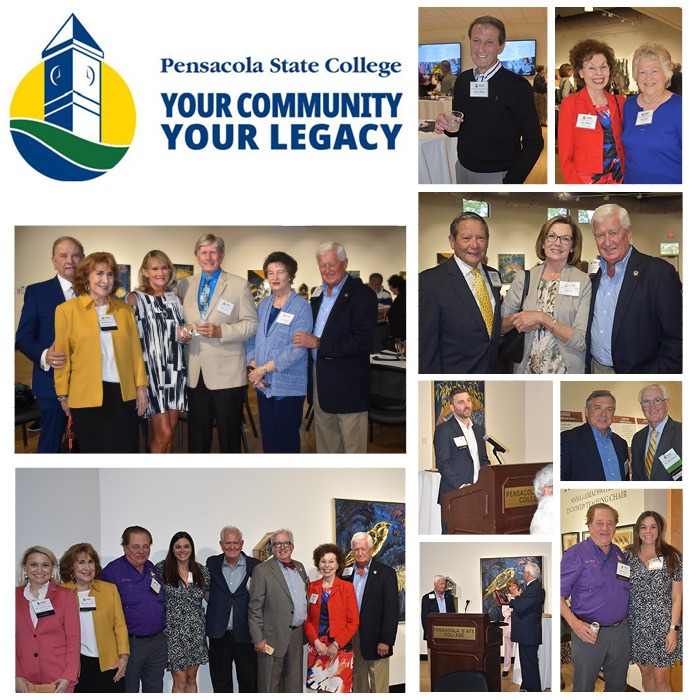 PSC President Ed Meadows toasted the donors to the College’s “Your Community-Your Legacy” Capital Campaign at a celebration on Thursday, April 20, in the Charles W. Lamar Studio Gallery.

“Everyone in this room has donated to this College,’’ Meadows said. “From the bottom of my heart, to all that have given anything as small as $25 to $1 million, we thank you.”

“Our truck driving program has been a great success because of the financial support we have received from Triumph Gulf Coast, the Governor’s office, Federal agencies, and local businesses like the Lewis Bear Company that donated equipment for this program,’’ Meadows said. “The Navy stepped forward to provide us a temporary driving track at Bronson Field until our new facility is complete.  In addition, the partnership we have with the Santa Rosa County Commission and Santa Rosa Economic Development office have made it possible for the location of the program and new facility.”

“These donations have indeed helped us fulfill our mission/vision and propel the college forward into this new chapter which I am very excited about,’’ said Trey Poirier, President of the Pensacola State College Foundation Board of Governors. “Thank you to everyone who donated your time, efforts and money to this campaign.”

Meadows also thanked campaign chair “Flash” Gordon Sprague, noting that there were many hardships the campaign had to withstand, from Hurricane Sally and bridge closings to a pandemic.

The campaign was launched in December 2018.

“As we look back over the last three-and-a-half years, we recognize our success goes beyond the dollars raised and speaks to a legacy of support that stretches back to families and donors who have supported the College since its founding,” Sprague said. “We are humbled by this continued dedication and support. We are equally humbled by the new friends who made their first investment to the College during our campaign.”