Daughters Honor Father’s Legacy Through the Gift of Education 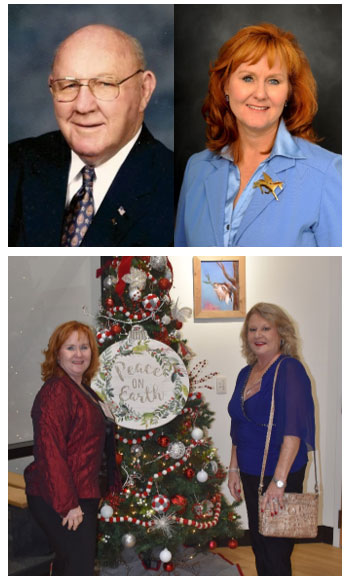 Pamela H. Caddell and her five sisters chose to honor the values they learned from their late father, William A. Hunt, by creating a scholarship in his name: the William A. Hunt Construction Trades Endowed Scholarship. Hunt’s daughters admired him for his ability to meet challenges with integrity and persistence. Hunt entered the building construction program at Auburn University where he put himself through school. Upon graduation, he accepted a job in Pensacola and met the love of his life, a teacher. Their early marriage with six young children was filled with dates comprised of road trips where Hunt would estimate jobs while his wife graded papers. His daughters reminisce saying, “Construction was the male child he never had.” Their family vacations were Sunday road trips where their father would check out construction jobs with all six kids piled in the car. From the beginning, Hunt was a firm believer in the construction trades. He lived an honorable life where his high standards and ethics earned him the first Combined Rotaries of Pensacola Ethics in Business Award. Pam and her sisters credit their father for their belief in doing what is right and doing what you say. They live by his example: if you make a mistake, you fix it. Hunt’s daughters hope the William A. Hunt Construction Trades Endowed Scholarship gives PSC students opportunities to have a career they love as much as Hunt enjoyed his.

The scholarship will benefit construction trades students who have a 2.0 grade point average or higher, in pursuit of an associate degree or certificate. Students can apply for the new award by completing the PSC Scholarship Application.

Checks can be mailed or dropped off to: